The most popular attractions at Oktoberfest are undoubtedly the beer tents.  We had so much fun walking around and exploring each one; they all have their own unique decorations and beer brewed specifically for the festival. 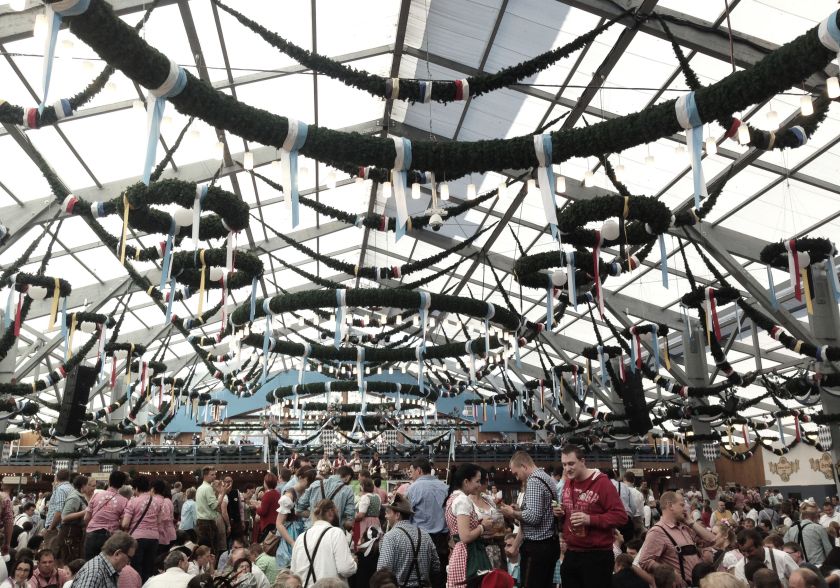 ^^^Chris gets excited to have a drink in his favorite tent: the Hofbräu Festzelt. 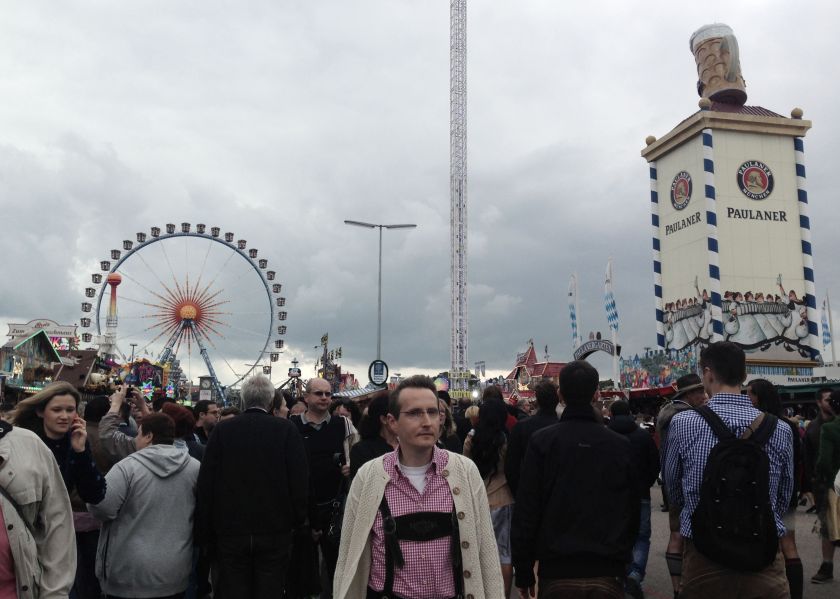 Upon leaving the tents you are met by the massive fairgrounds.  Here you find yourself in the midst of a maze of carnival rides and games which are shared by children and extremely drunk people alike.

^^^This animatronic skeleton is a brilliant feature in one of the carnival rides; it pops out and sprays a stream of pee on people as they walk by.  Needless to say, this ride usually has a huge line of people waiting to be urinated on by the living dead. 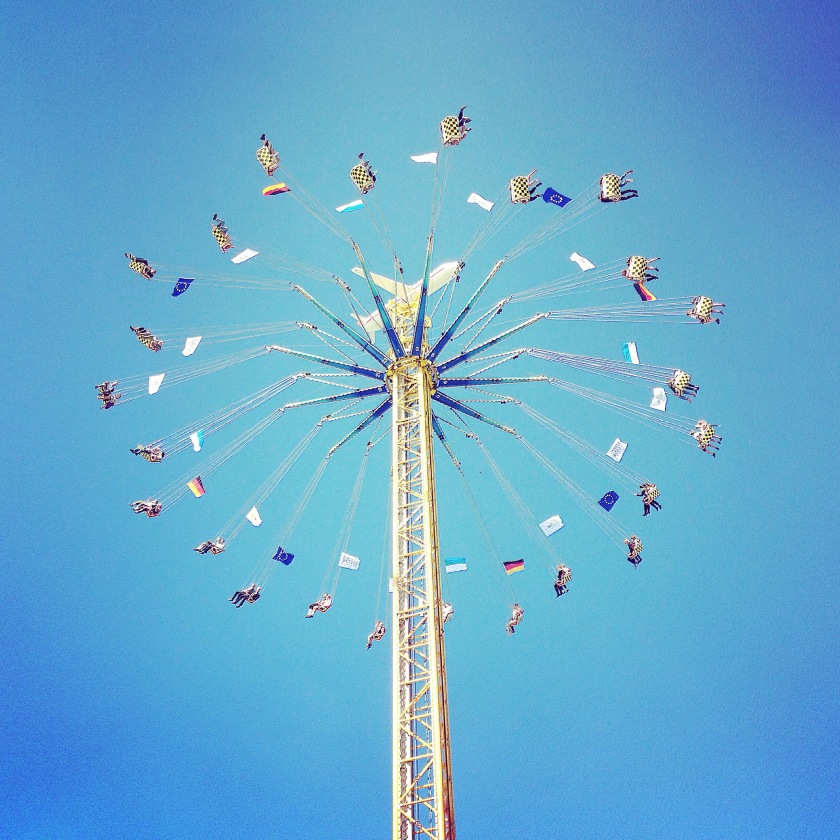 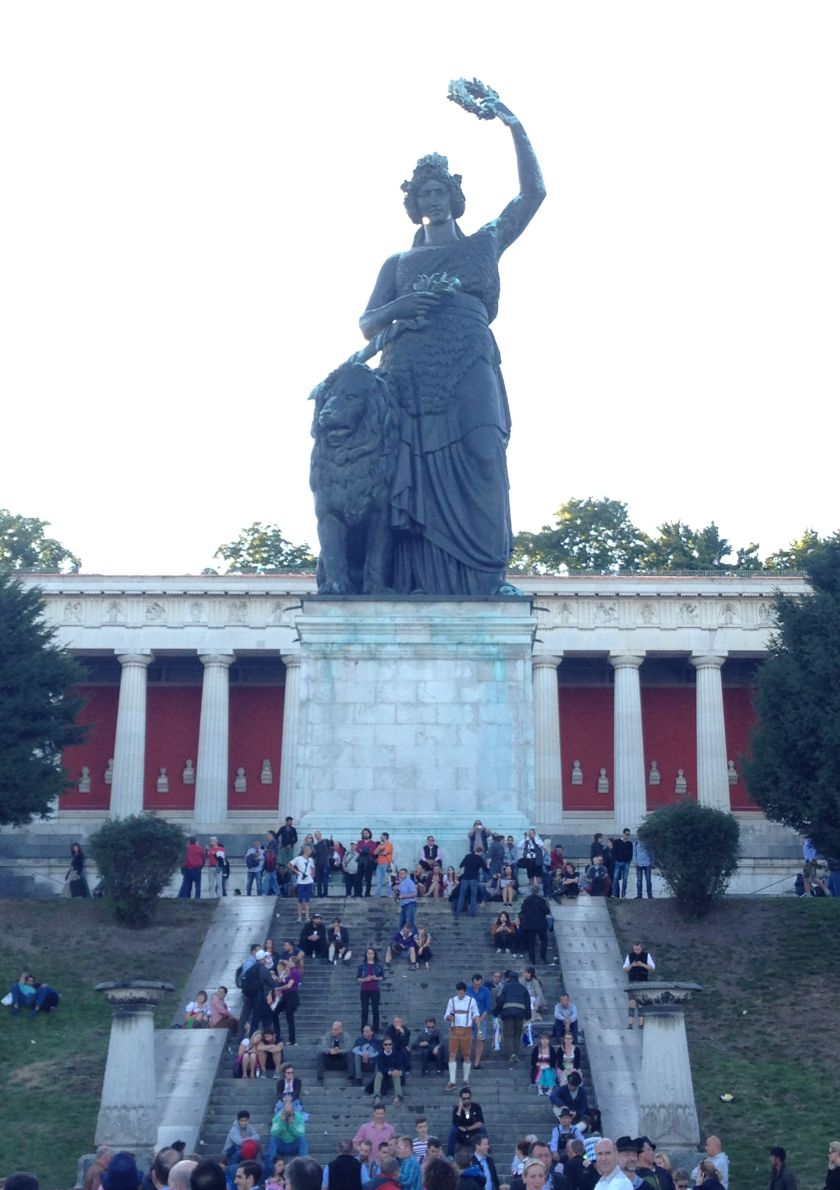 When we first visited Oktoberfest a few years ago, it was difficult to find a decent vegetarian snack other than a pretzel… but now the festival has several stands offering vegetarian and vegan foods!  Veggie schnitzel?  Yes please! 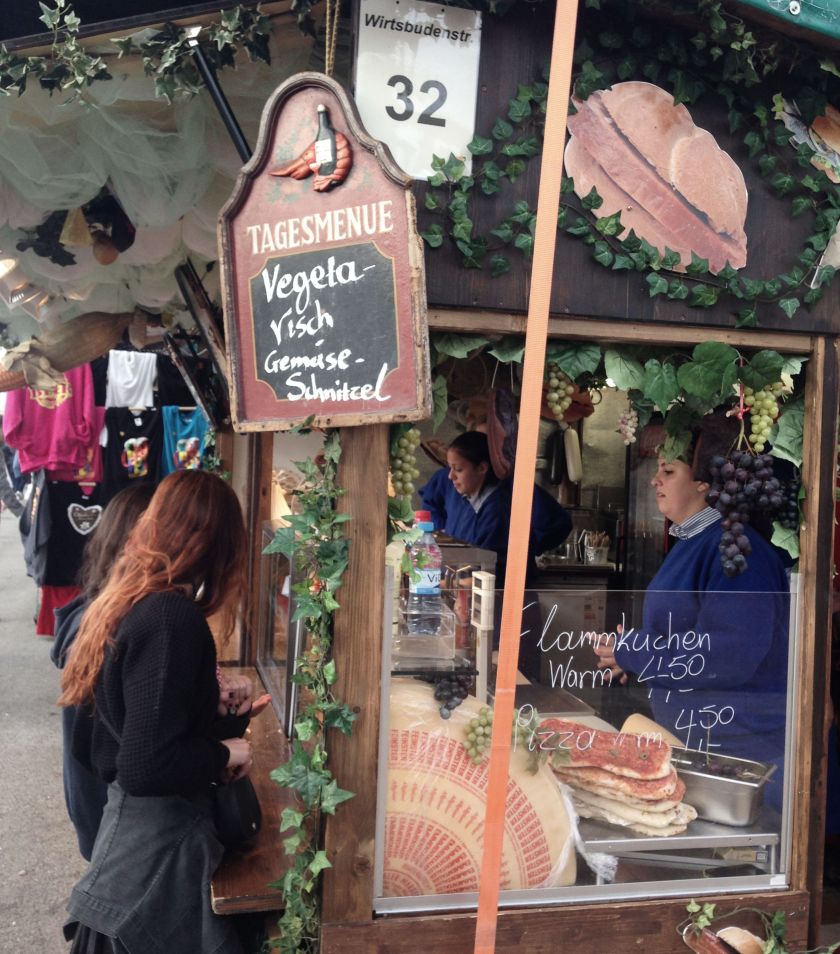 ^^^The veggie schnitzel probably isn’t as good as the real thing, but after a few steins of beer who can tell the difference?  And since we’re talking about beer, it’s worth mentioning that there is a special German word for people who drink too much of it at Oktoberfest: bierleiche, which literally means “beer corpse”… and there are a lot of these around at the festival. 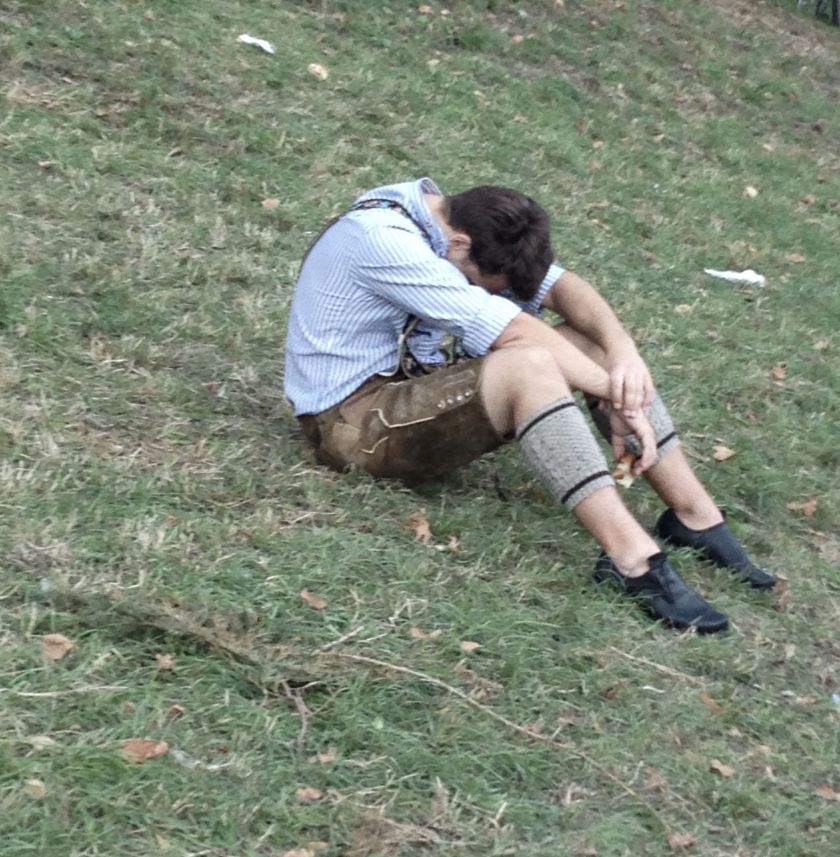 ^^^Most Bavarians have a good laugh at the visitors who get too drunk.  Apparently they can’t relate to the predicament of this completely non-verbal drunk dude stumbling around trying to get more beer.  Take note of the pants.  But enough of these depressing reminders of the past which I’m still trying to repress… it’s time to get back to the festivities!

As the sun sets, the rides show their dazzling neon colors. 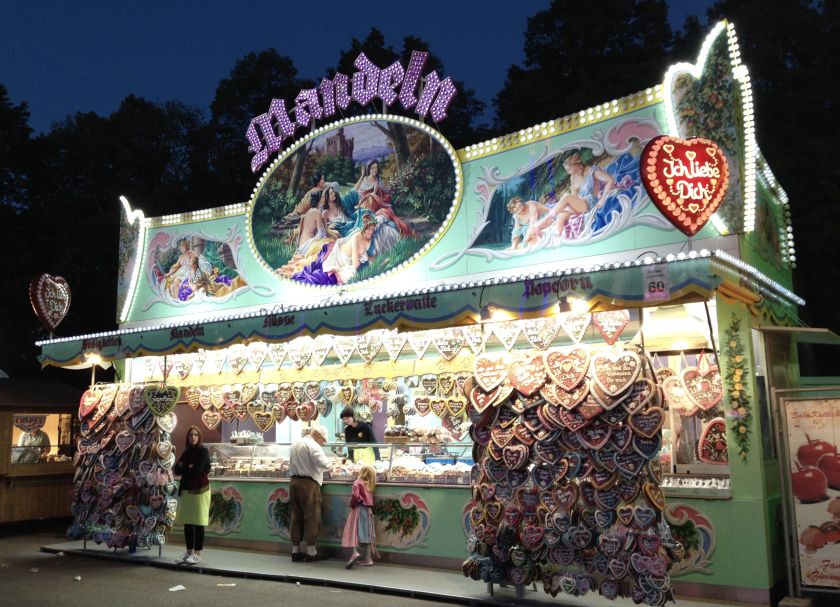