The world’s largest beer festival is held annually in Munich, Germany during the end of September/beginning of October.  This gathering of six million people is called Oktoberfest; a 16 day Bavarian extravaganza including hotdes of visitors sporting their finest lederhosen and dirndls.  The festival is overwhelmingly Bavarian, so there are some fine examples of the traditional Southern German dress on display.  We were feeling quite festive as we joined in on the fun.

^^^The lederhosen worn by the man and dirndl worn by the woman are common examples of the outfits worn to the festival.  I feel festive just looking at that guy! 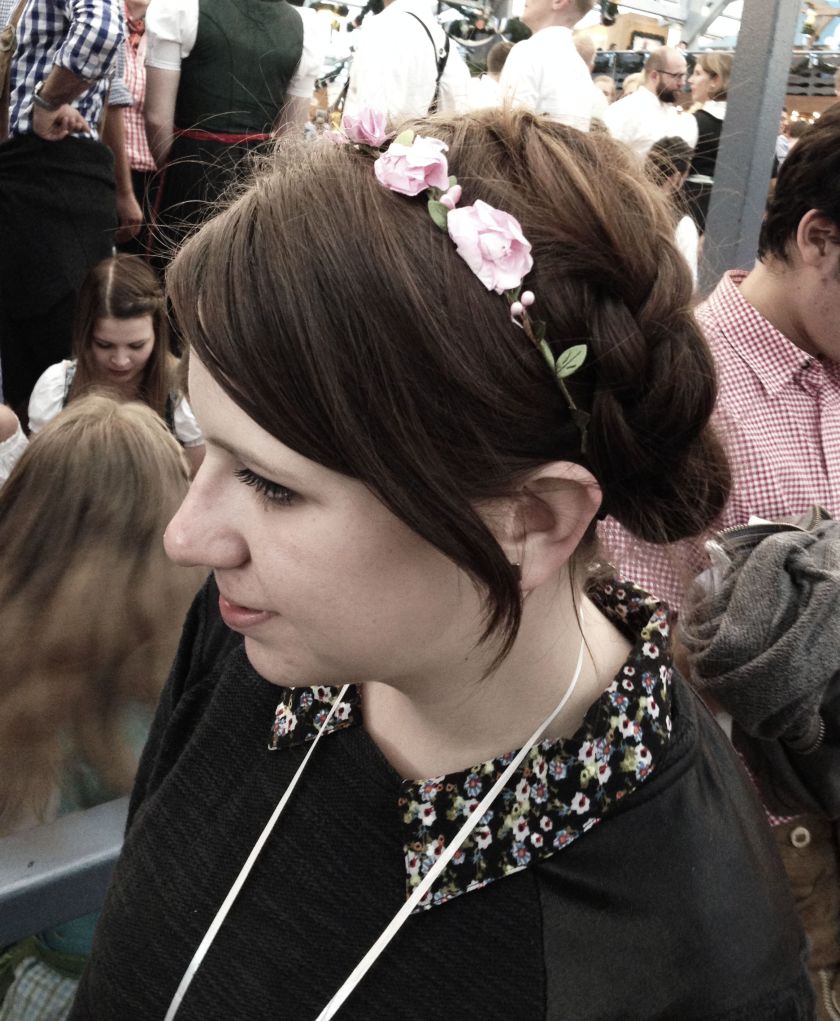 ^^^Jaime wore her hair in milkbraids, a popular Oktoberfest style.  After all, you can’t have your hair getting in your beer!

^^^Of course you need to accessorize to complete the look, and what better accessory than Lebkuchen, a gingerbread cookie necklace?  Jaime’s necklace says Ich Leibe Dich, or I Love You. 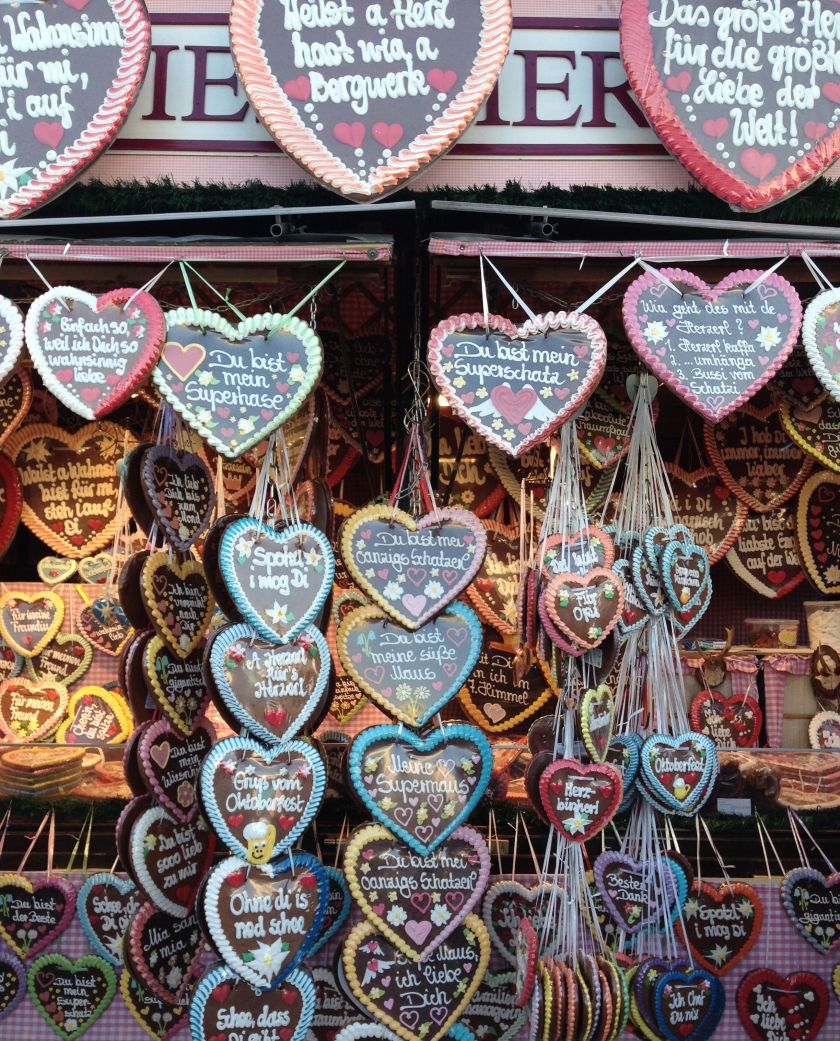 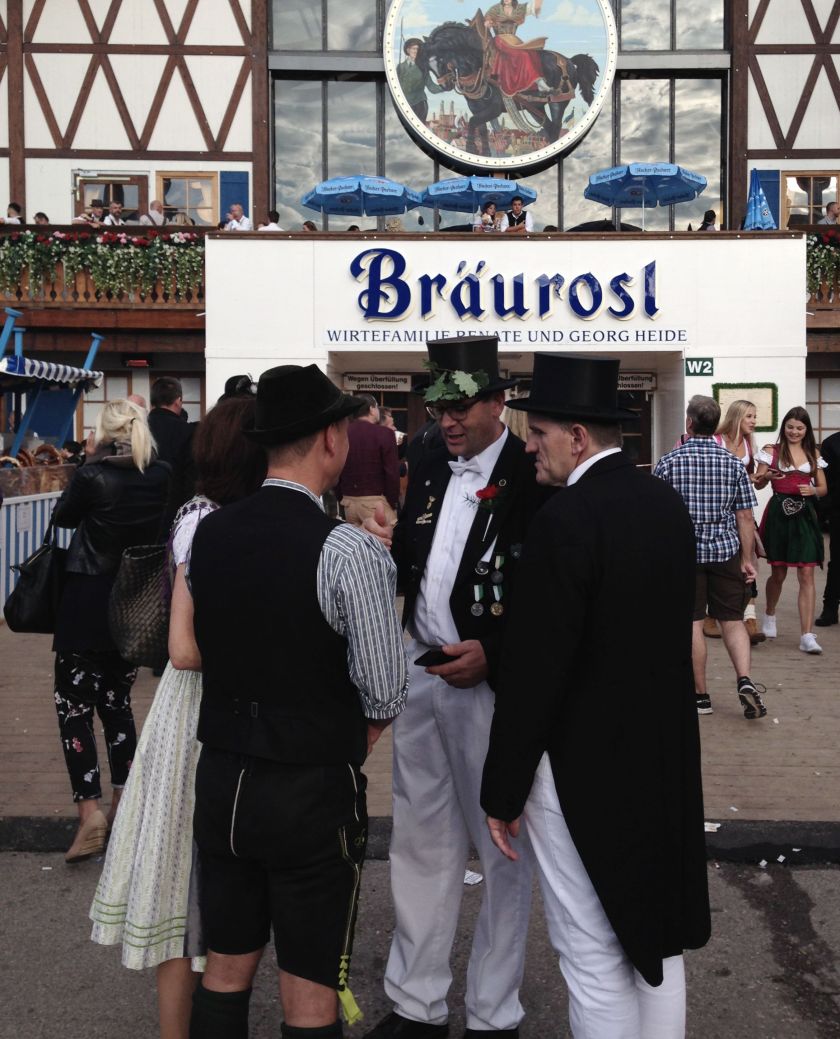 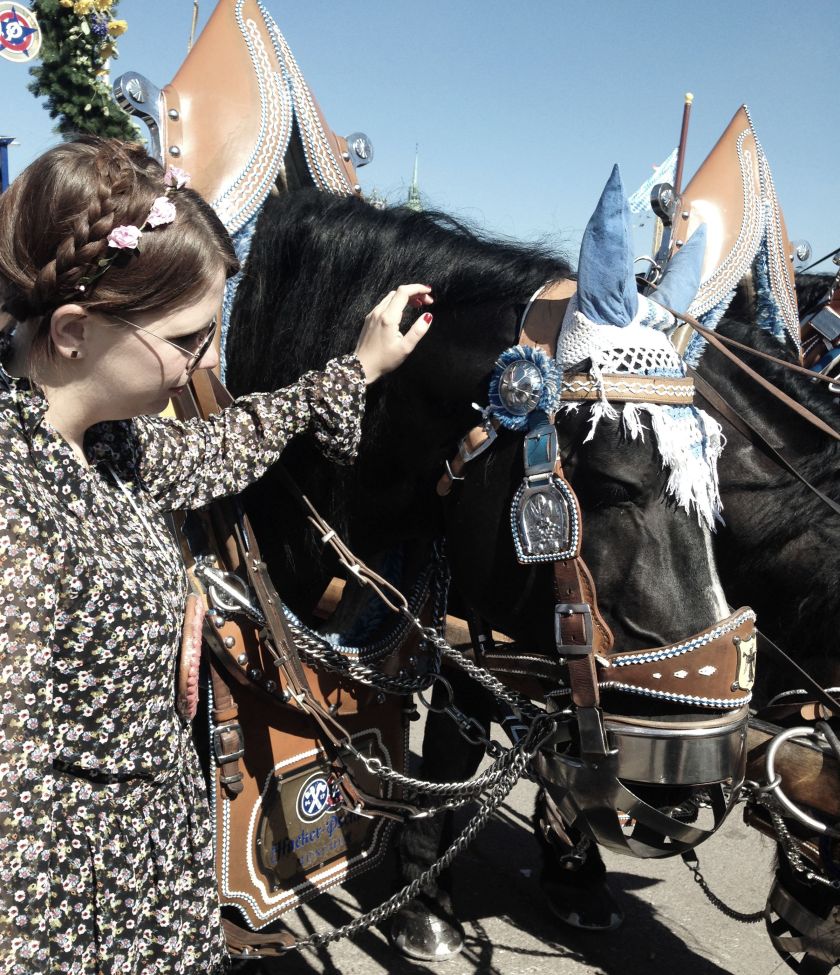 ^^^Now that everyone’s all dolled up, it’s time to celebrate! 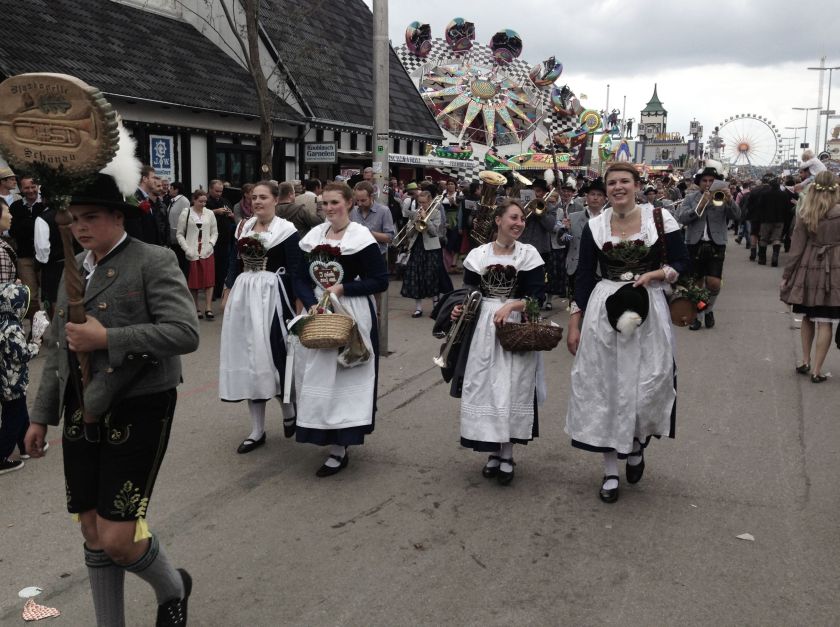 Dressing up is a major part of the fun at Oktoberfest, and next time we vow to wear the traditional costumes! Many places around Munich rent or sell the costumes, but unfortunately that wasn’t in the budget for this trip. We had to save some Euros for beer! Prost!